The small city-in-a-city known as Piedmont, California, is a fantastic place to live near Oakland in the East Bay Region of the gorgeous San Francisco Bay. Formerly known as the “City of Millionaires,” today Piedmont is regarded as the “Mayberry” of the area. Home to roughly eleven thousand residents, Piedmont comprises two square miles in the East Bay Hills and encompasses several noteworthy neighborhoods from which prospective homebuyers will be pleased to choose.

Our website features the best City Center real estate search for homes, condos, land and foreclosure properties available. It is the only site you will ever need! It is easy-to-use and updated by the official REALTOR®’s database every 15 minutes.

You can save searches, and get daily email alerts of new listings, price changes, sold data, and market reports. Our Interactive Map Search allows you to view properties on a map or refine your search by drawing the boundaries around the area you desire.

Curious about what’s happening in the City Center real estate market? Sign up for a City Center Real Estate Market Report to see what’s active, under contract, and sold!

Contact us today to find out how we can be of assistance to you! 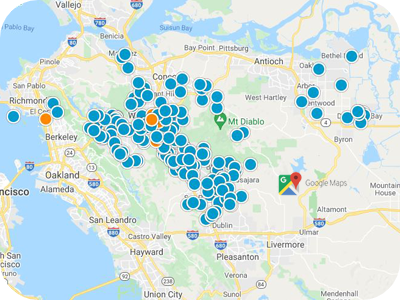